In France, Nicolas has 25 years’ experience of financial and operational advisory, working for investors – or managers – of companies in crisis or distressed. For nearly 10 years he has managed and restructured more than a hundred companies on behalf of commercial courts. Most of his professional activity took place with an independent financial restructuring firm that he founded in 1995, Arnis Gestion, which he sold to KPMG and later to Marsh McLennan. In 2010, he created a new player in turnaround investing : Alandia industries.

Internationally, Nicolas managed European bankruptcy proceedings (Italy, Spain, United Kingdom, Benelux) and has served sovereign and state funds to restructure some of their holdings. He was thus CEO of KEM based in Dubai from 2006 to 2009). He has been a member of the boards of directors of British Telecom (Great Britain) and OCP, the Office Chérifien des Phosphates (Morocco),

Nicolas is Knight of the National Order of Merit (Ordre National du Mérite). 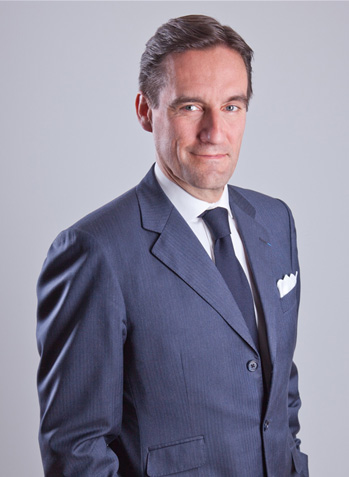